"Free. To be free, absolutely free. To spend time playing with the children. To have a clean, beautiful house, the way Torvald likes it."
Henrik Ibsen, A Doll's House 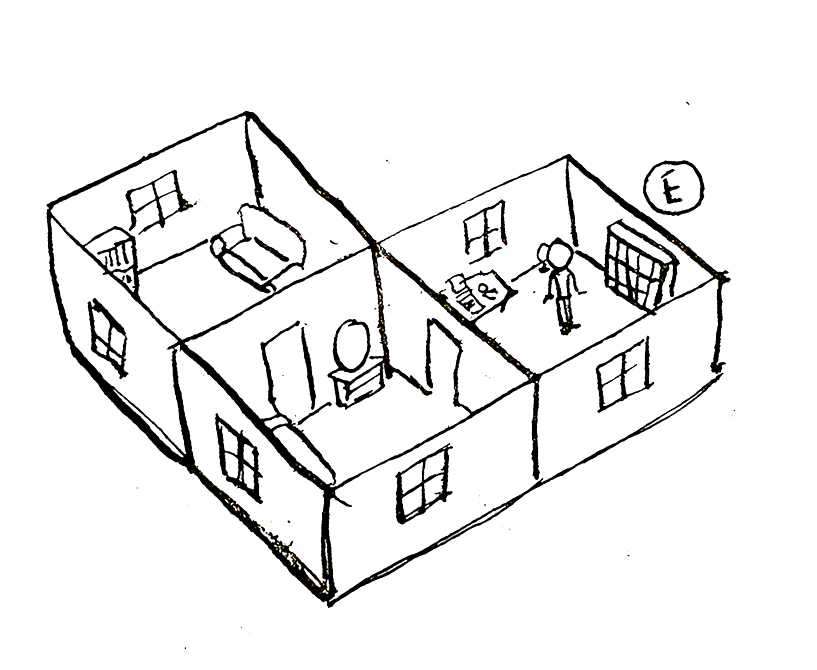 Why a Doll's House?

Almost a century and a half ago, Ibsen's play, A Doll's House, premiered in Copenhagen. It came at a time when little girls and grown women both were still swept up in a doll's house craze, the toy a necessary implement of feminine rooms - something they used to entertain themselves as much as to prepare for their lives as wives and mothers, rulers of a tiny domain firmly enclosed within the house's walls.

One might like to think that things have changed now, that the skewed freedom Nora aspires to is servitude that we are free of in a real sense, that the male gaze - Torvald's gaze, with his likes and dislikes - weighing heavily upon her life is just a light discomfort for us.

But we had a hunch things weren't quite that simple, and the recent lockdowns confirmed that hunch: trapped within the walls of the house, domesticity becomes once again the woman's province, and while men keep working, really working from home, women take care of it, at the detriment of their wellbeing and careers. In the race to have it all, women are still losing, while men are often born having won.

So are we women still all dolls, stuck between the metaphorical walls of society's trappings? Or do we have a way to break free?

Play the game, try to free the doll from her house, and watch as she succeeds at doing that - or perhaps, at freeing herself of you.

Important disclaimer:
The doll in this game is a white, cis, able woman, aged between 20 and 35, which is only one - narrow - point of view. There is an infinity of other female experiences, but this game's purpose is not to be exhaustive, nor could it be. After all, we can only fairly speak in our own voice.

This game is still in development and has a few known issues.

This game was made (almost, see below) entirely by me, @awstein.
I used Fungus and Unity, modelled the doll in Maya and the environment in MagicaVoxel, wrote the dialogues and whatever code was required, drew the illustrations (more coming soon) and customised the UI.
The music, however, is not mine. The credits belong to:
Dreaming Fairies, by John B. Lund
The Music Box, by Ave Air

Thank you for playing! 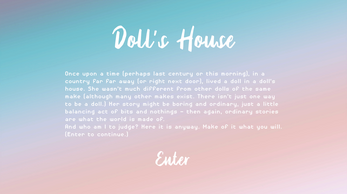 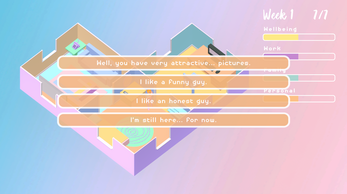 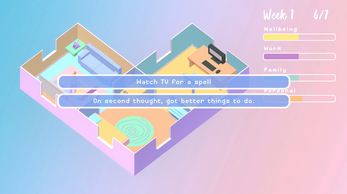 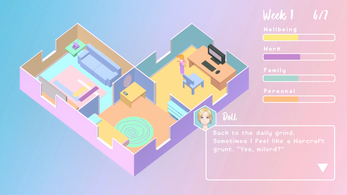 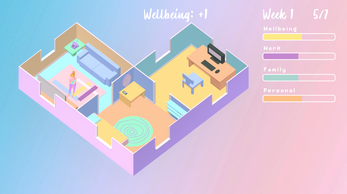